I had all three boys in the back of the car and I needed to go to Costco. To get prescriptions. Otherwise, you know I wouldn’t dare brave the maelstrom of crowds pouring down on the mecca of bulk.

It was quiet in the car and I had a rare moment of reflection. I’ve felt “behind the eight ball” for six years now. “What a coincidence,” you say. “Your oldest child is six years old.” You would be correct. Only 24 hours in a day and Dave and I feel like…. it’s just not enough. Not enough time to do all the things, wear all the little hats for all the little people. Every day life is sometimes breathtakingly difficult as Dave and I make uncomfortable choices that we know will pay off for the kids personally and our family as a whole in the long run. Then you throw in something extra like “Christmas activities” and life flurries over into overwhelming.

Christmas traditions = creativity sprinkled with ‘extra sauce’ and consistency. We can usually consistently count on major emotional breakdowns on major holidays and one or more kids being up through the night. Establishing any sort of tradition seemed like leaving base camp to scale Mount Everest only to be horribly suffocated by an avalanche within the first two hours.

I looked up at the three little faces in the rear view mirror. In a flash of insanity I broke the silence. “Hey guys, I have a great idea… what if we made homemade cinnamon rolls on Christmas Eve night to eat for Christmas morning?” My enthusiastic offering was met with silence.

Now, I like to bake, and I know how to make cinnamon rolls, so that isn’t too far off the mark for me. But, I usually try to avoid doing things in the kitchen with all three of them at the same time. It takes more than one person to break up the fights, pull the 2 year old off the counters and keep all 3 from burning themselves.

My rational ego spoke up. “Hey dumb dumb, why did you say that? You have to play Santa and wrap all of the gifts tonight. Oh, I’m sorry. I mean, you have to pull all of the gifts out of their Amazon boxes first, then wrap them. Good luck with those cinnamon rolls, stupid.” Shut up ego.

I glanced in the rearview mirror again to see if they heard me. I find I have to do that a lot with boys. Like, you say stuff and it just hangs in the air and they don’t answer. So you check to see if they’re actually alive.

After awhile Josh spoke up and said, “Mom. You know Costco has really good cinnamon rolls.” I furrowed my brow and then looked at him. I grinned. “Yes. Yes you are correct. They have DELICIOUS cinnamon rolls.” I took a second, let out my breath and realized my fabulous 6 year old boy was giving me an out. “Let’s get Costco cinnamon rolls.”

On Christmas eve, I had a late-night text convo with my friend Shannon confessing how overwhelmed I felt. That just getting the Christmas “basics” done like wrapping gifts and putting up ANY decorations seems so SO hard.

But she reminded me that for one teenaged girl, Christmas was giving birth in a stable full of animals in a really messy and likely cold way and she held her little baby that night and loved him and dreamed of everything He was going to be.

She said, “They (your boys) will only remember at this point how much love was there on Christmas Day! God’s love- and it shines through you and Dave. Here’s to letting go of expectations and a teenager all alone with nothing, giving birth to the Son of God!”

The wise men brought her some really nice, expensive stuff, but I would have brought her Costco Cinnamon rolls. Because giving birth is hard work and I bet she was really hungry. And cinnamon rolls make everything better.

Meanwhile, somewhere in North Phoenix, 3 little boys woke up on Christmas morning and all piled in bed with mom and dad. The older two started fighting like honeybadgers in the bed. They were ordered out and there was much wailing and gnashing of teeth. The youngest got his diaper off and was ushered to the potty because he was in the trenches of potty training. The mom and dad had stayed up stupidly late to make sure everything was good for the next day.

“I’ll go make us some coffee,” I said to Dave as I lurched unsteadily out of bed. I passed the room of the two oldest wailing about the unfairness of life. I probably yelled something like, “I wanna hear peace on earth or NO ONE IS GETTING THEIR PRESENTS!”

I made the coffee and started some scrambled eggs on the stove. I put the cinnamon rolls in the food warmer. I locked the toddler in his high chair and started him on yogurt to avoid a hangry melt down. Then I went upstairs and read the oldest two the riot act about fighting in our room.

When breakfast was ready, the oldest two came down. They sat at the table. I served them milk and cinnamon rolls with eggs. What was that? Did I hear…. could it be… peace on earth? I sipped my coffee and thanked God for the gift of His only Son. That God’s only expectation is for me to give my heart fully and completely to Him. I sighed and I thought, “Maybe I can get through this day after all.” I took a big bite of squishy goodness, that glutenous love-cloud filled with drippy glaze. I licked my lips. After all, cinnamon rolls make everything better.

P.S. Tonight, as I cleaned up the Christmas demilitarized zone, I scanned my server playlist and saw Boyz II Men. It was the perfect jam to close out the day. We’re raising the Boys to be Men as surely as Mary raised that little boy Jesus to fulfill His promise to the world. “A Song for Mama” may not have been Handel’s Messiah, but for me, was my worship anthem this Christmas. God bless you friends. 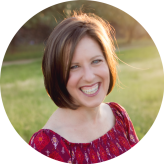 Welcome to the Lin Dynasty! I'm Sara– the matriarch and writer and my husband, David is the contributing editor. Our kids, pets and household provide the content. This is mostly a place for us to record our family culture, but we think we're pretty funny, so laugh and cry right along with us as we teeter on the edge of sanity.
Previous StoryDecember 16, 2019 at 6:25 PM
Next StoryJanuary 1, 2020 at 8:58 PM